New Year, New Authors for you to love

This week we talk with Joan Bigwood, author of the book, Co-opted, a fun read for fans of contemporary literature.

How did you decide on the book title?
﻿The title is a play on words—co-opted, as in being forced into joining a group, and co-opted, a term I coined to mean experiencing life in a preschool co-op, which is why I wrote this book in the first place. I wondered what it would be like to wander through that gate with no idea of what a preschool co-op is all about, and to have to fit in with an entirely different world view. Thus was born Francesca Carlson, working mother from Manhattan, trying to find a place in a nursery school in her new hometown of Palo Alto, CA.

If this book were made into a movie how would we classify it and who would you pick to play the lead role?
This book would make a fun indie film, along the lines of Juno, or The Squid and the Whale. It is essentially a study of the little moments that collide with the big happenings that make up family life. I would choose an unknown actress without question. There is no reason to pay for brand awareness when the most recognizable aspects of the main character are her impulses and choices, not her face. That said, Francesca’s face is central to who she is, because her acne scarring “ruined a gorgeous face” according to an offhand remark by her mother.

How would you describe the main character of the book?  Would you want to be friends with her?
Francesca is my kind of gal. She is manipulative and resourceful, but all of her conniving is in an attempt to avoid confrontation because she can’t handle the disequilibrium discord brings.  She and I would be great friends, and best of all, we would never fight.


Is there a sequel in the works?
I had thought about writing Co-opted all over again, only this time told from the point of view of the taciturn husband. What a different story it would be! I am fascinated by how differently men and women interpret the same set of events. That said, I have wanted to tell an entirely new story, about a very different kind of family. So that’s what’s up next. That, and a musical comedy I am wrapping up this year.

Is there a funny event in the book (or a sad one) that was based on your life that you can share?
There are many funny and sad moments in this book that are based on my life. One that is absolutely verbatim is a telephone call between a friend and Francesca, about a ‘pen pal’ from Italy. I remember at the time of that call thinking this was priceless comedy. I have used it in readings, and my audiences tend to agree. More broadly, the book is a paean to my father, the late Guy M.C. Bigwood, who died three weeks ago. He suffered from Alzheimer’s and much of what happens in the book around this topic is true to life. I used the writing of this tale to work through the trauma of losing my precious father—a tiny piece of his mind at a time.

About the Author
A graduate of Smith College, Joan Bigwood has been forming sentences since the early 1960’s. Report cards from the Foote School in New Haven, Connecticut consistently pointed out her inability to control forming sentences during class time. Her compulsion to narrate has led to countless stories over many years of conversational deviance, and has produced a script for television, a musical comedy, and her first novel, Co-opted. While Ms. Bigwood is on the brink of national recognition, she is currently best known for her laugh.

Joan, thank you for sharing such great insight into your book.  I'm sure our readers are going to want to check it out for themselves.  It's always a treat to discover a new author!

Have a great book you want to share? Post your book review here to spread the word about authors you think deserve to be read:

Get coupon codes, new product announcements and more when you join our VIP club. 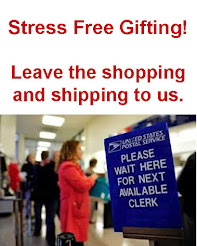 On all orders over $75.00 at www.bookbouquet.com

How did I go from standing in line at the bookstore to this?

Book Bouquet
United States
One cold winter evening in 1998 I found myself at a bookstore with my two year old son. My mission;"Find romance novels to send to a sick friend in the hospital." After wandering about and finding some books we stood in line, where temperatures and tempers were hot. Have you ever tried to keep a two year old in a line...they don’t like it! As I drove home from the store I thought, "There should be an 800 number for this!" and that was the magic moment when Book Bouquet was born. No mother would ever have to wander a bookstore in full winter attire with a hyper two year old in hand again! Fortunately other people agree that books and good wishes go together like peanut butter and jelly and Book Bouquet has been my full time job since 1999. Our customers needs drive all new gift creations and we now offer gifts for all occasions from baby, get well, birthday, sympathy, housewarming to holidays like Mother's Day, Father's Day and Christmas.